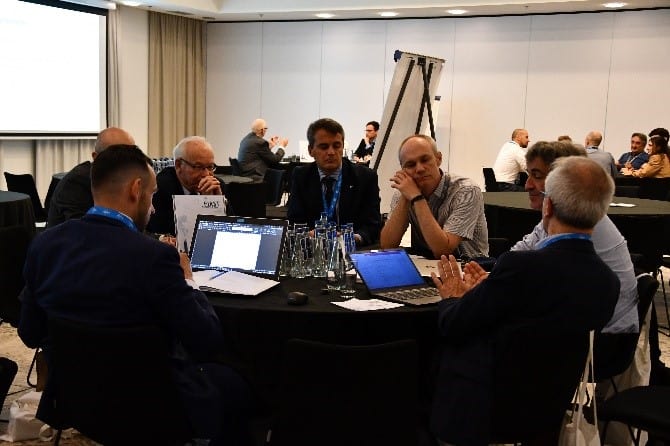 The EREA Researchers Networking Event was aimed at increasing internal cooperation between EREA researchers and initiating joint projects. The theme of the meeting was hydrogen propulsion and related technologies. The two-day event allowed for the exchange of experiences and knowledge, as well as finding common fields for internal cooperation to reinforce synergies.

The gathered experts were treated to inspirational contributions by Professor Roman Domański (Łukasiewicz – ILOT) and Marcello Kivel Mazuy (CIRA) with a thorough overview of what has been done to date, and fuel the debate on the use of hydrogen in aviation, the challenges and also the risks related to the subject of hydrogen propulsion.

The results of EREA’s work are six project proposals for joint initiatives, covering topics such as cryogenic tanks or hydrogen propulsion systems. All proposals are currently undergoing an evaluation process and will receive recommendations prior to concrete project plans and final implementation decisions.

Through the EREA Researchers Event, EREA brings together its top scientists and researchers in a particular field in order to define common project proposals with high impact for society.