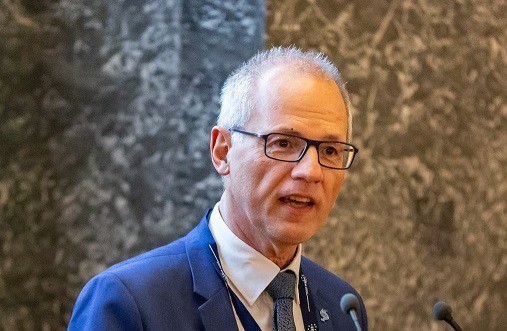 As of January 1st, 2020, Mr. Michel Peters, CEO of Royal NLR, is the new Chairman of EREA. Mr. Peters will hold this position for two years.

Mr. Peters, CEO of the Royal Netherlands Aerospace Centre (NLR), assumes his position as Chair at a crucial moment in time for the aviation sector. With the new European Commission setting ambitious climate goals, the sector must step up its game to make sure that aviation becomes more sustainable. Top-notch R&D is crucial in achieving this, putting the EREA institutes at the core of a sustainable aviation. It is therefore Mr. Peters’ primary goal to fulfil this essential role and to contribute to a greener and more sustainable aviation sector.

At the same time, Europe is embracing defence research and innovation as one of its core tasks, by initiating the European Defence Fund. As most EREA institutes have a long track record in defence R&D, Michel Peters is committed to ensuring a central role for EREA and its institutes in this new programme. Under the leadership of the previous EREA Chair, Mr. Catalin Nae (President and CEO of INCAS), the EREA Defence Research Group started its work. Mr. Peters is dedicated to continuing building on the excellent work this group has been doing.

Finally, Mr. Peters would like to sincerely thank Mr. Catalin Nae for the excellent work he has done as EREA Chairman the past two years. Under his leadership, EREA has further developed itself as a trusted partner in Europe. Mr. Nae will remain part of the Chair team in 2020 as Vice-Chair of EREA and as the new EREA Future Sky Coordinator.