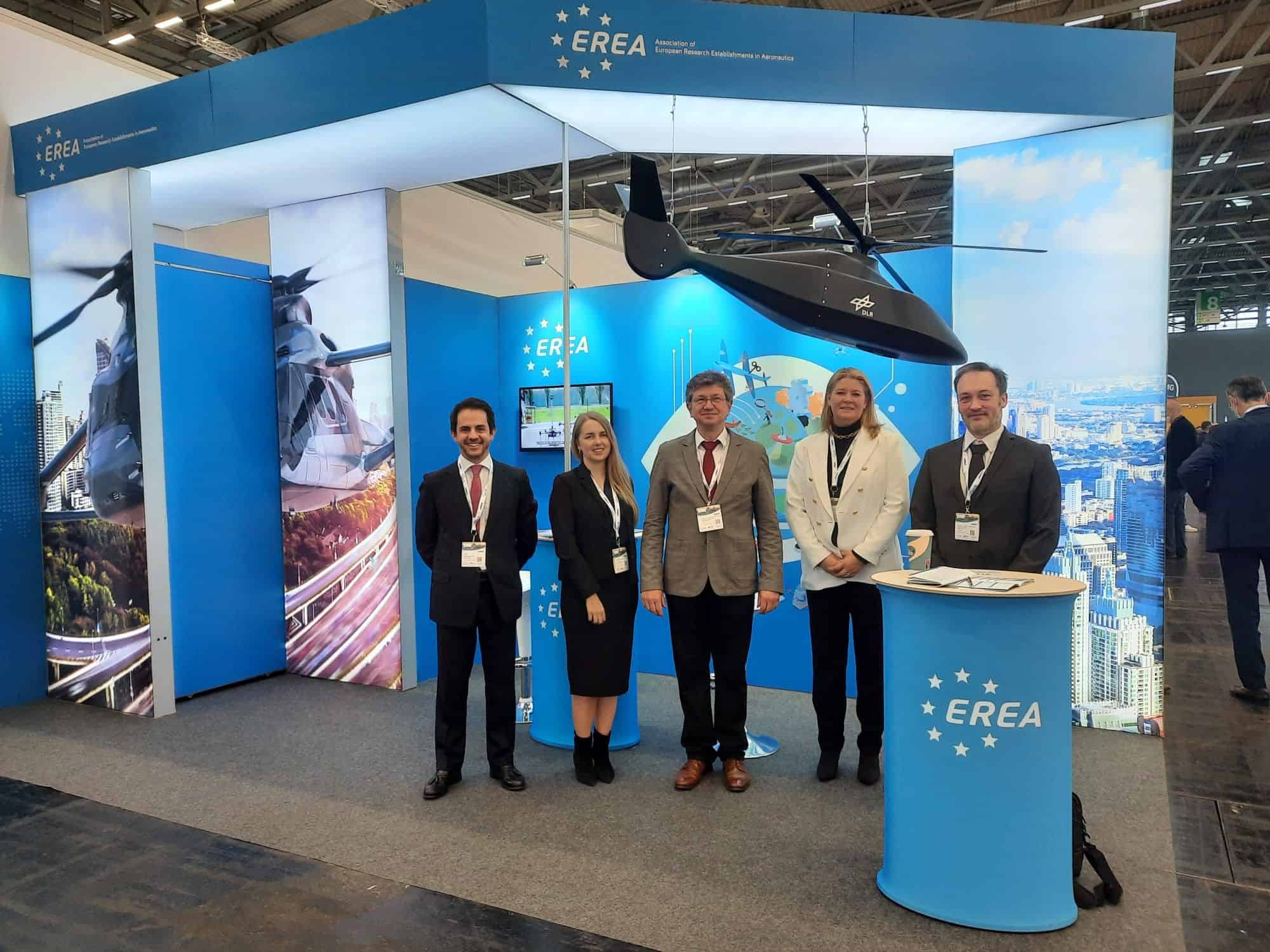 By Bettina PalmJanuary 14, 2022No Comments

An important action of EREA was in term of visibility at the end of the year 2021 was its participation in the European conference on rotorcraft in Cologne in November. On this occasion, EREA (Arnaud Le Pape, ONERA) gave a speech on EREA in keynote.

All EREA members present at this conference had the opportunity to exchange with many participants on the dedicated EREA stand.

Moreover, EREA was strongly involved in the organization of the Rotorthon, for which EREA defined a technical challenge on which students from European universities worked during two months. After evaluation of the results obtained by the student teams in the competition by the members of the Jury, the best student team was awarded.